Sprinkled with a tantalising dusting of snow Snowdon was calling this weekend; at least it seemed so as the Pen-y-Pass car park was rammed at 6:30 am on Saturday! 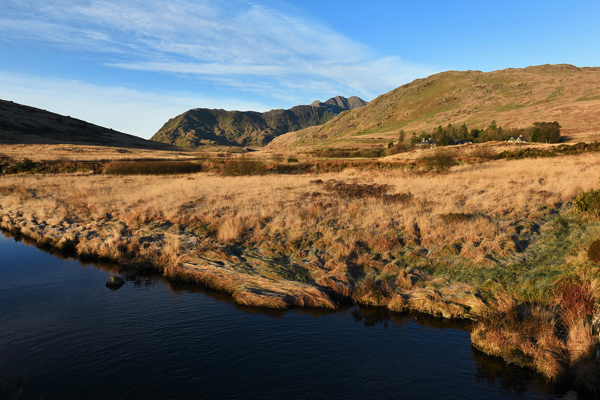 Driving along the North Wales coast road we could see the white-topped Snowdon standing out in the distance. Remarkably, given the high ambient temps, the dusting of snow seemed to be persisting. 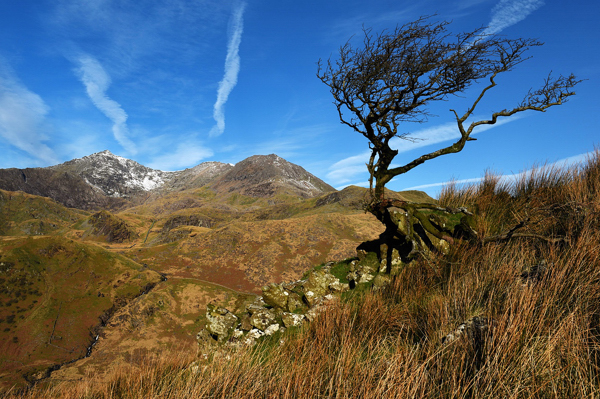 Snowdon and Crib Goch from the east

Tempting as it was, I didn’t get set foot onto Snowdon though that didn’t stop me getting a few snaps in the can first thing Saturday morning…

Managed to touch-base recently with some of the Britain’s best young climbers during a GB Climbing Development Squad meeting. 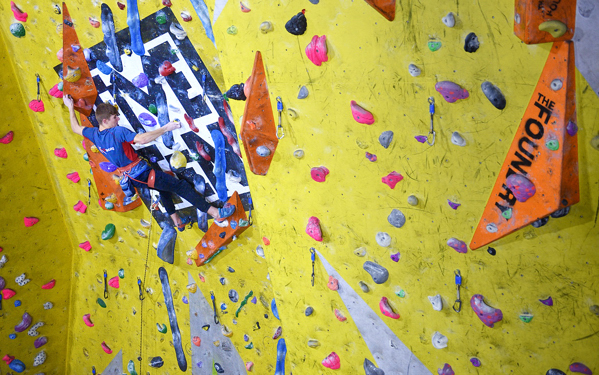 Aiden Dunne bearing down on the Wasp 8a at The Foundry

It’s impossible not to be uber impressed with these guys – their output is little sort of phenomenal and their attitude and psyche is amazing. I caught up with William Bosi, Jim Pope and Aidan Roberts at The Foundry. They’d all had great weekend – firstly at Awesome Walls and then at The Foundry. Some, Jim Pope – for example, had even slipped a session in at The Works after Awesome Walls. They – alongside the rest of the squad – are ‘on it’ and gunning for the top slots in this year’s comps. Sure, they all take full advantage of the training facilities at their disposal and the experience of their coaches but they graft super hard and are seeing the results.

I’m in the throes of writing an article on the Development Squad for CLIMBER Magazine BTW, so look out for that in a forthcoming edition if you wanna find out more.

There’s something about skiing that gets under the skin – for me at least! I get all the pleasure of being up in the mountains – the stunning environment and the amazing feeling that skiing gives – yet I don’t have to endure all the hard graft of flogging endlessly uphill that is part and parcel of mountaineering. Mountaineering, of course, is more than that – but skiing, at least for me, is just unadulterated type #1 fun – mostly.

Mont Blanc from the Grand Massif

We’ve just been to Grand Massif – our third visit in fact. The Grand massif is the sprawling ski conurbation that encompasses Flaine, Vernant, Les Carroz, Morillion, Vercland, Samoens and finally, Sixt. It was easily the warmest visit – mainly we skied with open jackets and a thin baselayer only – even gloves were dispensed with at mid-day. We skied over from Samoens into Flaine one day only to be greeted by temps of 17 degs – yep, seriously warm. Not surprisingly, there was less snow than usual; sufficient, but definitely less. It’s dumped over a metre of fresh snow since we were there so the rest of the season should be pretty much assured.

There’s considerable development underway at Samoens; both in the village itself and at Samoens 1600 – the base for operations in that neck of the woods. A monster development in town is going to add a fair number of peeps, and pressure, to the infrastructure but not nearly so much as what is apparently a ClubMed development at Samoens 1600 where, so the word on the street has it, a c.400 bed development is partway through the procurement process. All the extra bodies will create the need for additional uplift, new pistes and – it is said – some re-modelling of the exit runs off Tete Des Saix @ 2118m where the two existing runs will surely be swamped under the burden of the new skiers. 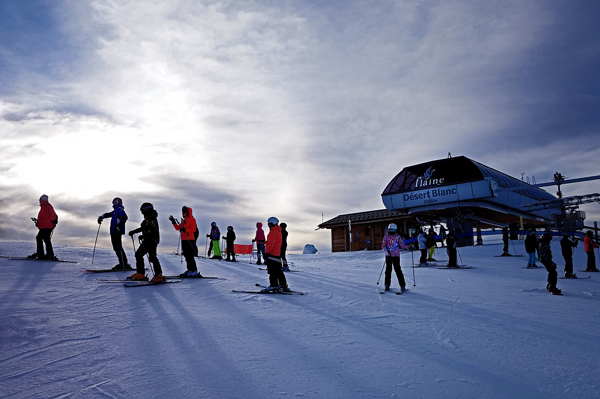 The last run home from the Desert Blanc

Whether all this is positive or not depends on your viewpoint. It’ll undoubtedly be a plus for local businesses as well as those directly linked to the ski business. The environment will take a further hit and that’s the mute point I guess. Yet it can only be duplicitous to raise concerns about new development and turn a blind eye to that which has already been undertaken – after all, all the existing lifts and pistes weren’t dropped-in overnight by the ski-gods.

“Green Globe is an international certification programme which rewards the efforts of tourism businesses in their social, economic, cultural and environmental initiatives. The programme is built on a series of 40 topics set out in over 300 obligatory and optional criteria ranging from management to sustainable development… and is a firm long-term commitment since [they] have to present significant improvements every 2 years in order to keep the certification.”

So there you go. Something positive to offset the guilty pleasure of skiing in that area…