Nothing beats an early trip away to ‘get your eye-in’ ahead of the season in my opinion. 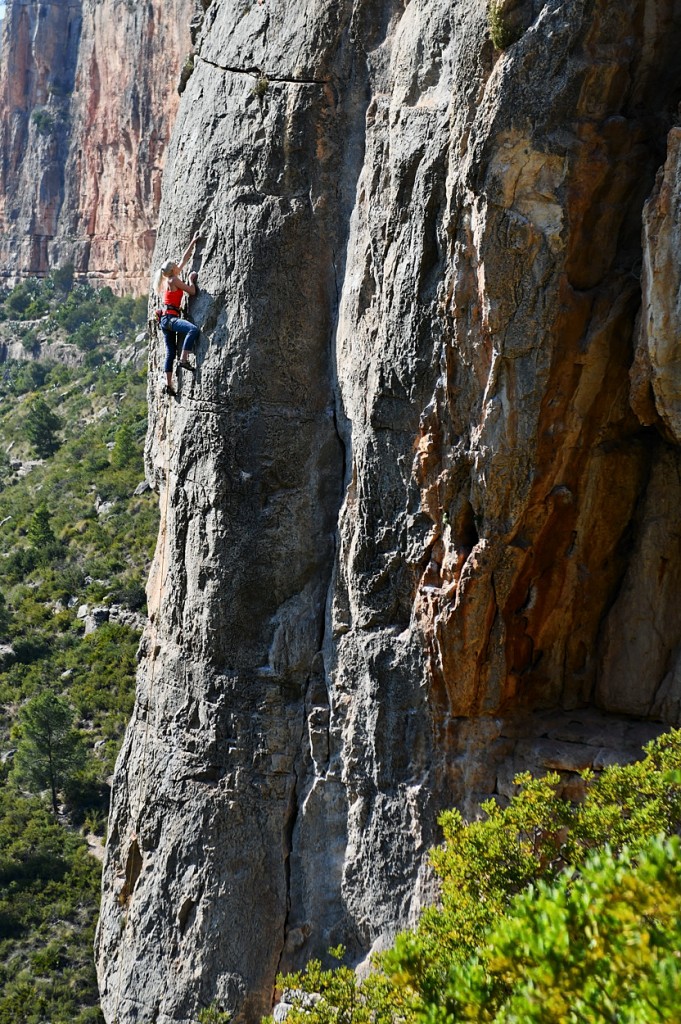 After a winter of pulling on plastic – or more likely these days – bars, rings, fingerboards and wooden holds, there comes a time in the spring when you’ve gotta bite the bullet and get back out on the rock. It ain’t easy stepping outside again; training has become your ‘thing’ – the norm in fact, but it’s outside where the real action is and where what really matters goes down. 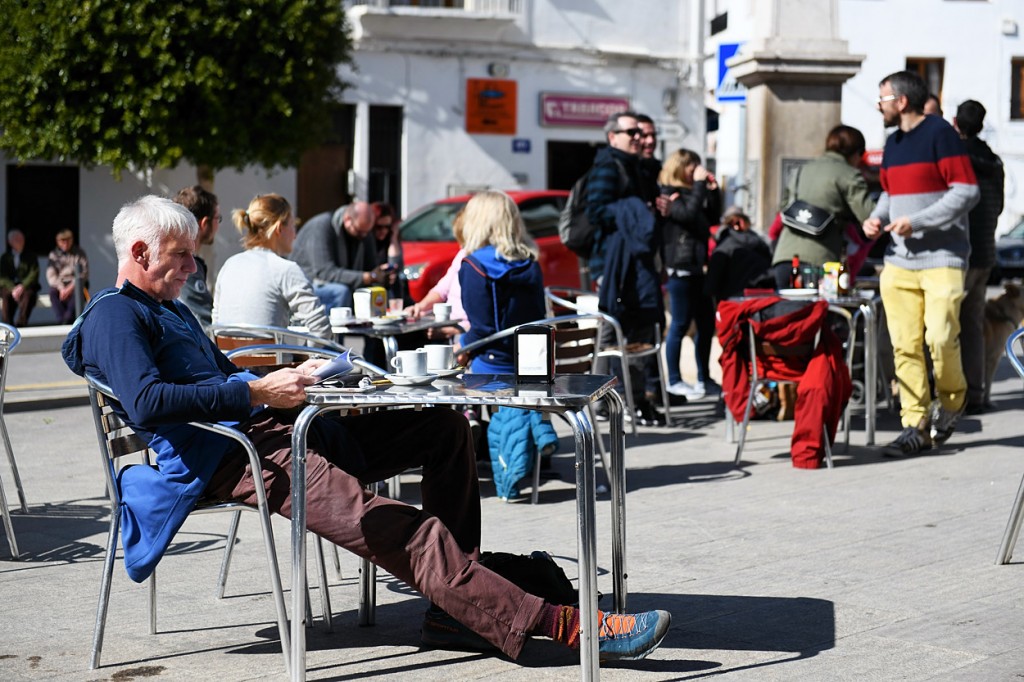 Coffee, a guide and some sun; all you need for some serious chillin’ in the square in Chulilla – on a rest-day, obvs!

Leaving the comfort of your regular training routine feels all kinda scary. Yes, it’s a process we’ve been through before but it’s still a tough one. The holds are smaller and strangely they don’t come tagged with brightly coloured tape! Footholds are none existent; at least that’s how they seem at first! Those who have travelled that road before us have chalked every last dimple as well; each and every one of the plethora of holds within your field of view needs to be assessed and sorted into the good, the bad and the ugly and then incorporated into a possible sequence. This process should take nano-seconds, but your brain seems stuck in second (at best) gear and the pump is coming on fast. Your movement feels laboured and mechanical, wooden at best. That polished foothold is half the size you need it to be as well! And why the heck did the person that bolted the route think it was a good idea to put the next bolt right up there out of reach!

Serengueti (F7a+) at Sector Serengueti is just one of a handful of new(ish) routes at Chulilla slightly off the beaten track. Well-worth searching out however – the rock at Serengueti and the nearby Masters Wall is top notch.

This year’s bootcamp for me was in Chulilla – at least it was until rain stopped play and we reconvened down south at Wildside in Sella. Compared to Chulilla, Wildside comes-up as rather ‘old skool’ now-a-days. Wildside is much more limited than Chulilla, the routes are generally shorter and being older they’re ‘well-loved’ but, in general, they’re steeper. Yeah they’re different; but good different. TBH, a few days climbing at Wildside will hit a different spot than Chulilla; together, they complement each other very nicely. Two class venues – highly recommended! 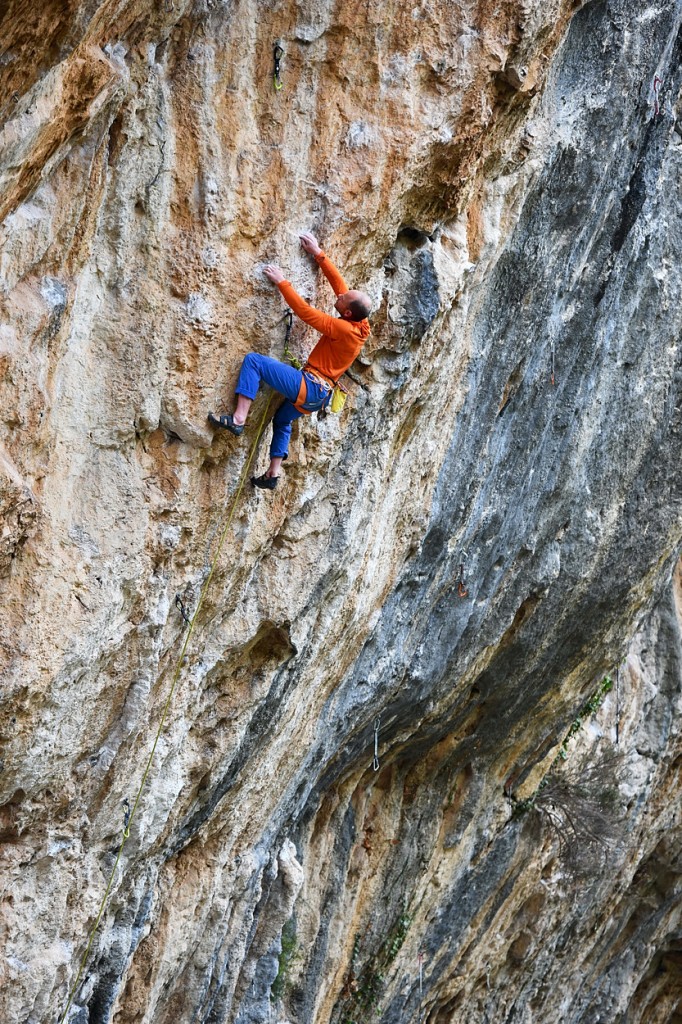 This trip was all about the climbing so photography took a back seat. Still couldn’t resist getting a few snaps though, be rude not to… 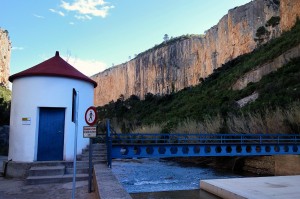 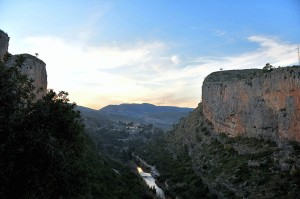 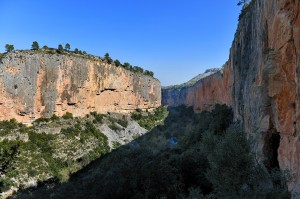 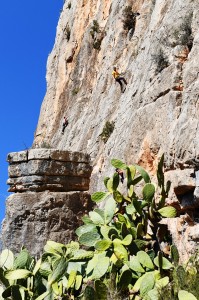 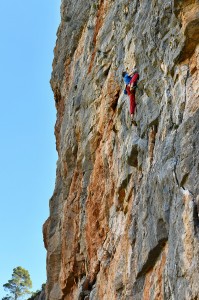 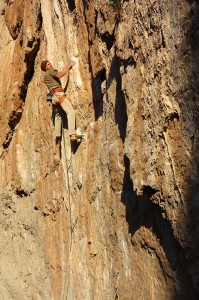 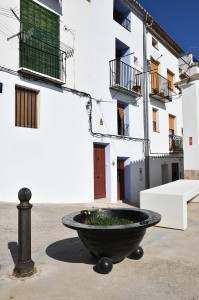 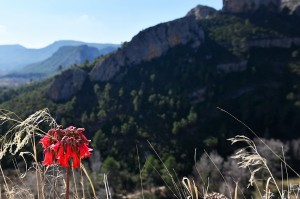 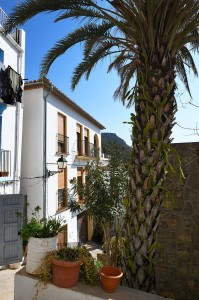