Another year zips past and the decade is over; 2020 is here!

As the new year/decade rolls in its good to make plans for the time ahead and to reflect a little on what happened during the last year/decade. As a photographer I have hard drives full of images which document times past. Increasingly, every-day images are taken on camera phones and then shared immediately on social media. Likewise, video clips are almost as popular as stills on IG/FB. Compact cameras and mirror-less compact system cameras are rapidly becoming the norm for many photographers although many pro’s still haul around their trusted DSLR’s. In addition to still, there’s videos or short films many of which are shot on a combo of all off the above as well as the long-established camcorders. It’s never been about what camera you use but more about how you use it. That’s true today – perhaps more so than ever before; undoubtedly that’ll hold true during the Twenties.

Here’s a collection of my favourite 12 images taken during 2019 and yeah, they’re taken on a combination of DSLR, compact cameras and my mobile, some are even still frames extracted from video clips. Hope you enjoy!! 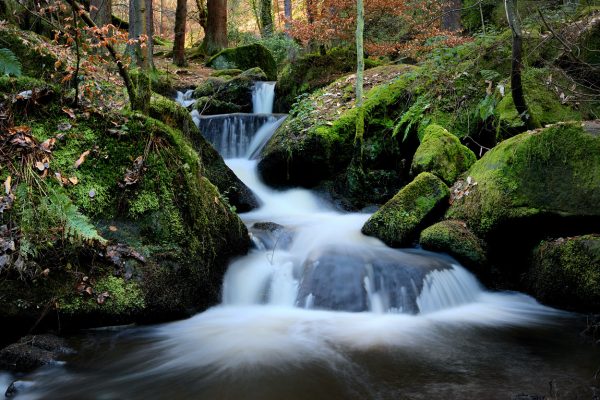 Winters these days are often wet affairs – fortunately the streams that run though the many ravines in the Peak District are a photog’s paradise. Wyming Brook slices through the woods in the Rivelin Valley northwest of Sheffield; if you get the opportunity it’s well worth a visit. 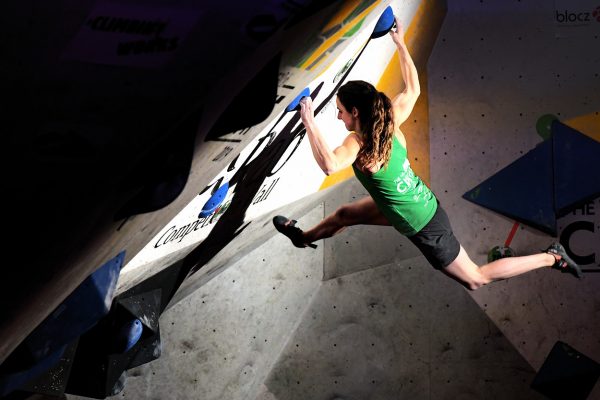 The CWIF – a.k.a. the Climber Works International Festival – is the precursor to the season’s comps so not surprisingly it’s a popular event with many on the circuit to check-in and dust off the winter training cobwebs. So popular in fact that it often pulls back climbers that used to compete but have moved on. Melissa Le Neve is one such former comp climber that rocked up in March and smashed it out to take the women’s title for 2019. 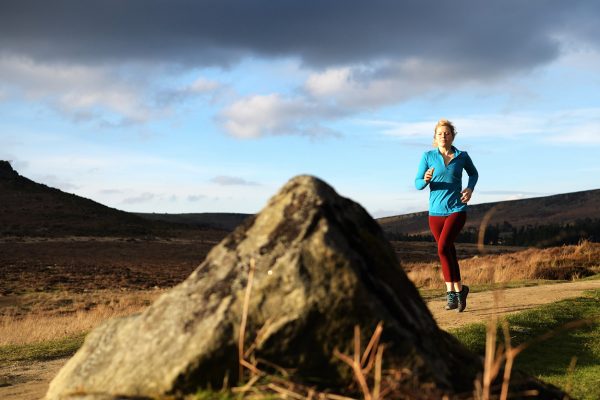 By late March the winter grit bouldering scene is coming to an end and many climbers are rummaging through their gear cupboards for their sport climbing kit. The Burbage Valley get lots of attention year round including from runners too; hardly surprising given how close it is to Sheffield and how stunning it is! Mina Leslie-Wujastyk is captured running past the quarries on South Burbage for Base Magazine. 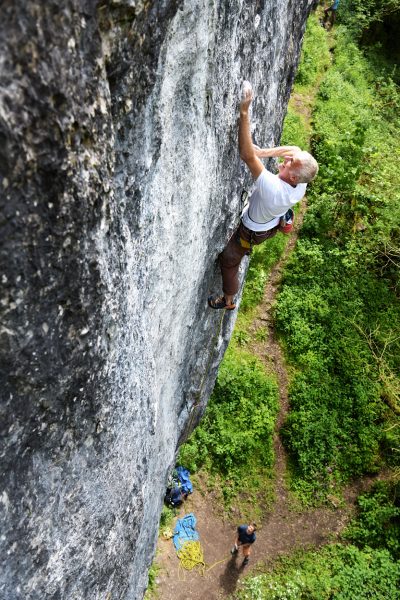 Anyone looking to get some early season sport ticks in the bank in the Peak should keep an eye on Chee Tor. It’s quick-drying and although it’s predominantly a trad crag it has a number of absolutely cracking sport pitches on its walls. Ron Fawcett’s Tequila Mockingbird (F7c) is just about a sport route, assuming you pre-clip the first bolt and can handle the stout run-outs along the way. Mark Richardson is captured fully embroiled with the upper section of the old classic. 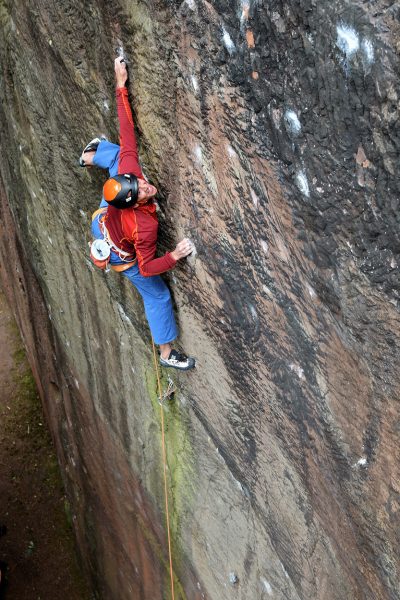 Every year stunning routes get done in the UK and Steve McClure’s first ascent of GreatNess Wall (E10 7a) at Nesscliffe was one of the best from 2019. Whilst it’s very definitely a trad route it’s sporting credentials are only just beneath the surface. Super sustained and uber crimpy, the crux headwall tested Steve nearly to the max. Here’s a shot of Steve starting the headwall sequence that appeared in Climber Magazine. 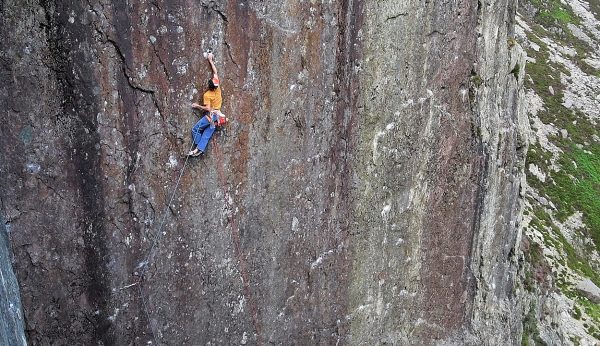 Steve was back in action on the famous Cromlech walls in early July; audaciously on-sighting the super run-out Nightmayer (E8 6c). Perched on the top of the Left Wall I was well-placed to watch Steve inching his way up the crucial headwall; it was one of the most impressive pieces of climbing I’ve ever seen Steve do. The image of Steve completing the run-out to the pockets is a still frame from a video shot for Petzl/BMC. That’s currently doing the rounds as part of the Brit Rock Tour but it’ll be on general release in spring 2020. 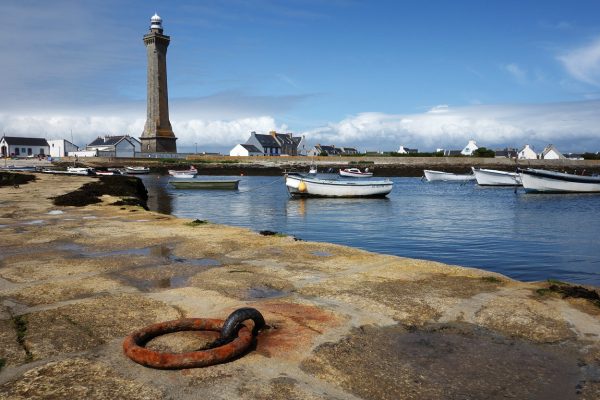 A peaceful harbour scene in Britany

Mid-summer involved a trip to Britany for a week’s surfing. I’m very definitely a summer-only in the sea person and it was a cracking trip. The shot here was taken at one of the nearby harbours in a moment of peace and quiet. 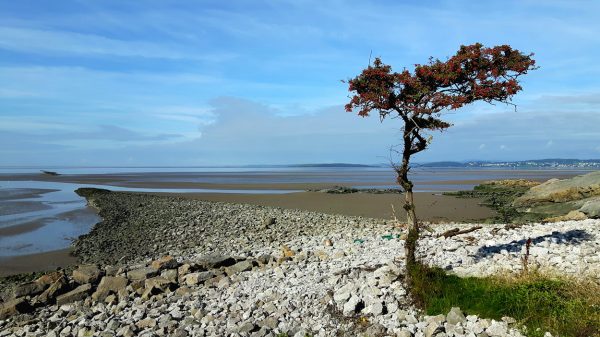 Arnside and Silverdale has some cracking coastal photo opportunities

Arnside and Silverdale AONB (Area of Outstanding Natural Beauty) is a bit off the beaten track but the coast there offers some amazing photo opportunities that are well worth checking out. The shot here is near Jenny Brown’s Point. 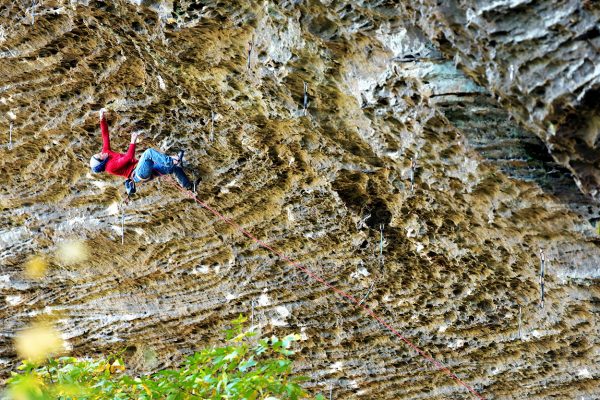 Impending rock in the Madness Cave at the Motherlode

My big trip for the year was to The Red River Gorge in the USA. I’ve been very lucky to have climbed at many amazing locations around the globe but The Red is simply jaw-dropping given the quality and quantity of the climbing in the area! The Red is famous for super steep and strenuous climbing on impressive cliffs such as the Motherlode. Here’s a shot of a climber pulling through the steepness that is typical of the Madness Cave. 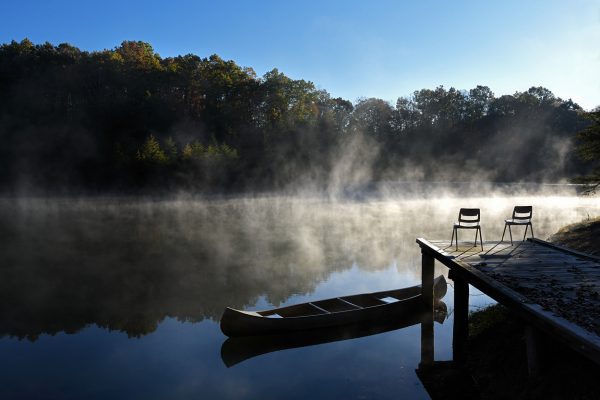 The ‘season’ at the Red is remarkable short but by November connies are usually just about perfect. We stayed in a cabin at Lago Linda’s, less than five miles from the Motherlode, and the morning light on the lake there was staggering. The first shot was taken as the temps started to dip down. 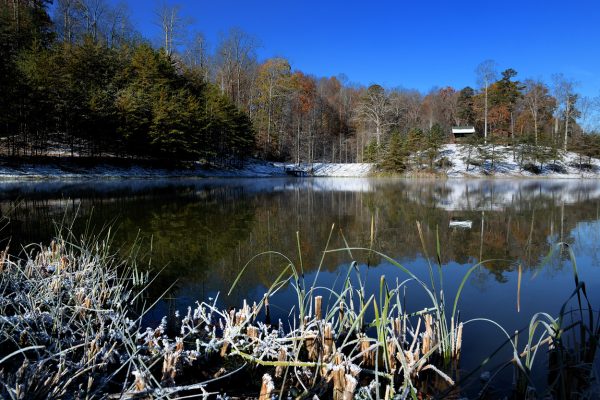 A wintery morning at Lago Linda’s

My second image at Lago Linda was captured the morning after we had a 20 degree (centigrade) drop in ambient temps and 5cms of snow overnight! 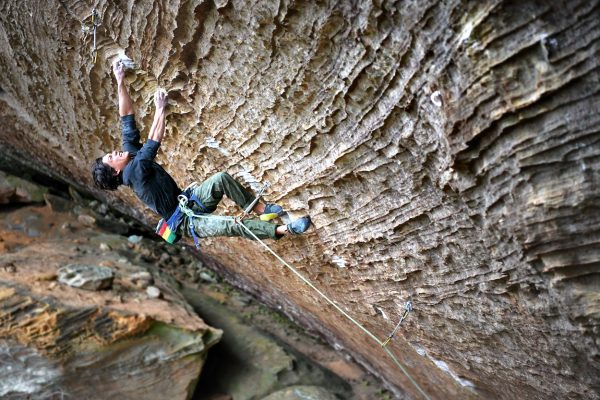 Manny pulling down hard on Zookeeper (5.14b) at The Zoo

My final image is a perfect example that not every climb in The Red is on a jug-ladder, far from it in fact. The Zoo, close to Miguel’s, is one venue that has some pretty gnarly intense routes; here’s a shot of Manny pulling pretty darned hard on Zookeeper (5.14b/F8b+).

Here’s to Twenty Twenty then!