Heck… what a year!

Despite all that as happened this year there has been positives and reasons to celebrate. It’s been a very different year to most and opportunities have been somewhat curtailed by the curved balls thrown our way.  This though, is a photographic blog so I’ll try and stay on-message and talk a little about the photo’s that I’ve added to my collection during the year.

As usual, there’s been lots of climbing images; both at comps and in the outdoors. Scenery shots too. Sadly however, very few travel shots although that is another discussion altogether! All have their specific challenges and rewards. Out of the blue I was asked to shoot a friend’s wedding; no pressure! The autumn was an incredible period too; full of rich and vibrant colours and just as the year ends the first snow fall of the year dramatically changes the scenery overnight.

As in previous years, my photography these days ranges from DSLR, through compacts to a mobile. The camera in your hand is always better than that at home! Here’s 12 of my favourite shots from 2020 along with a brief commentary on each…

February saw the Plywood Masters at BoulderUK; it was an honour to be asked by them to shoot the event for their social media. Two days of cracking competitive climbing on the blocs. Lead by Ian Vickers, the setting team aced it; right down to a jam crack in the men’s finals. There were those that couldn’t but those that could, cruised it. 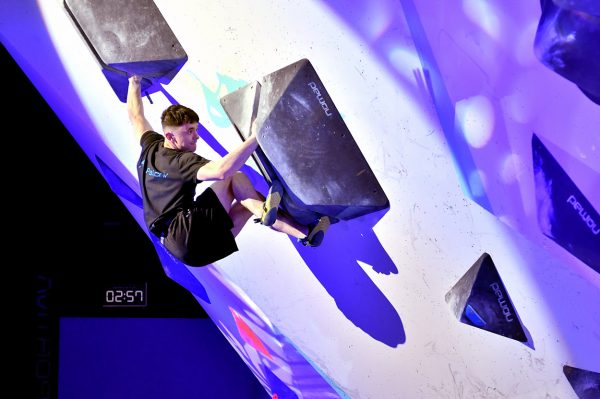 Early March saw me in France along with a Sheffield team of Steve McClure, Al Murray and Rab Carrington. Our destination was Saint Cezaire; an “off-the-grid” sport crag in the Maritimes Alps and just 45minutes or so drive from Nice airport. Described as tufa-heaven by our old friends and ex-pats Mike and Elaine Owen we “just” had to go check it out. 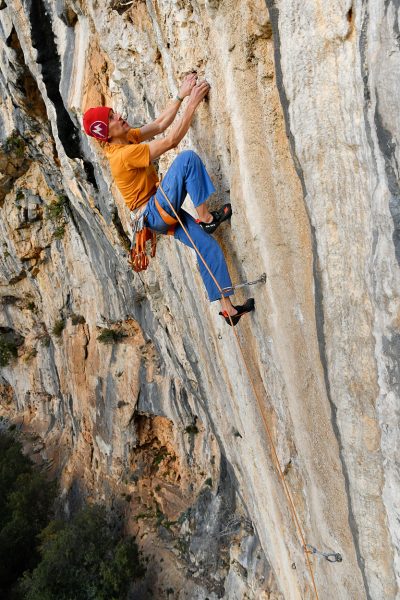 Steve McClure on-sighting one of the best routes in the area; Hilti Base Jump (F8a+) at Sector Le Discret

By all accounts Saint Cezaire is flooded with tourists in the summer as they flock to the river to cool off. We weren’t in the least bit tempted to jump into the ice river but 100’s do in the warmer summer and its easy to see why. 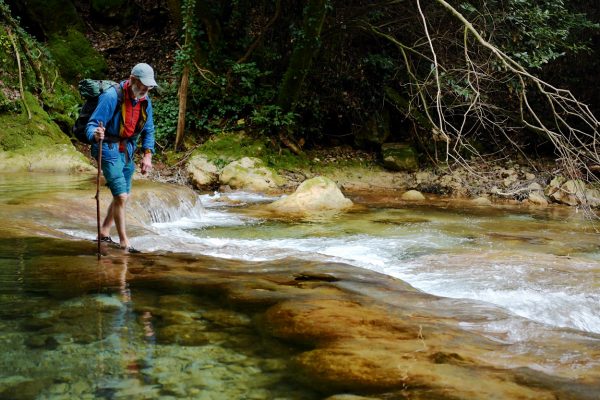 By mid-March Britain, along with the rest of Europe, was facing the eye of the storm whipped up by said coronavirus. The Climbing Works International Festival – aka The CWIF – usually signals the start of the competition climbing year; in 2020 it actually signalled the end! Well, certainly the end of the beginning of the season! 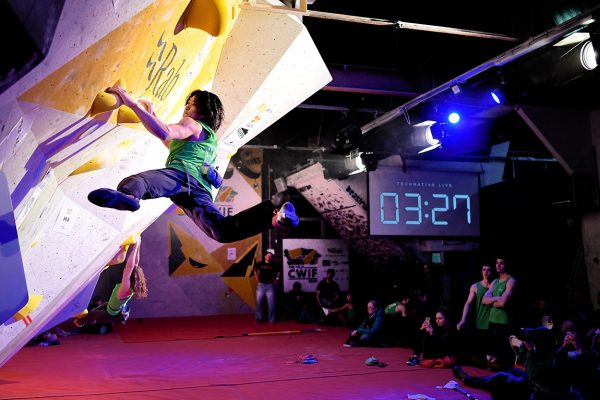 By the time that the national lockdown  lifted in mid-May the unbelievable dry spring had left the crags very dry; drier than most years. Peak Limestone was like a magnet as climbers flocked to make-up for lost (climbing) time. The Nook in Chee Dale has never been a particular busy crag; it wasn’t this year but that was fine by us as we enjoyed the unusually dry routes. By mid-June a sudden turn for the worst in the weather soaked The Nook; not before we’d ticked a few off though. 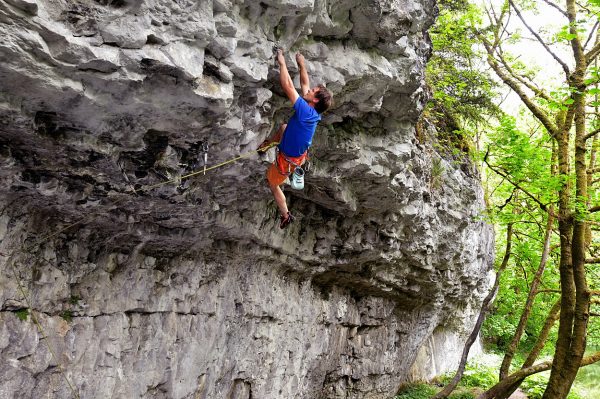 When on a winning streak it’s usually a good plan to continue. Doing exactly that we sampled the hidden delights of Dale Quarry south of Matlock. It was re-discovered in 2019 and several new routes added. It’s definitely not a beauty spot but heck, the quality of the climbing totally makes up for that; thoroughly recommended. 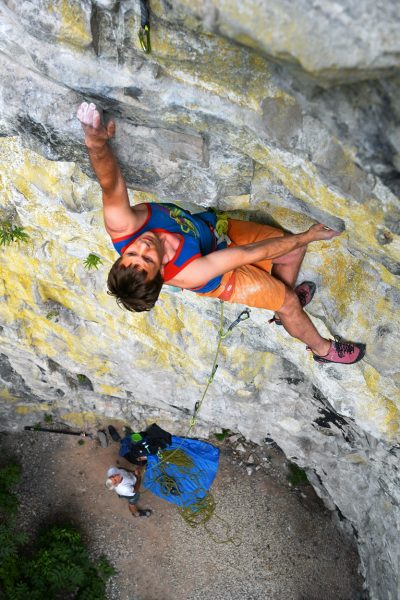 Covid-19 changed many things in 2020 – not least of which was wedding ceremonies. I was asked to do the honours at Jenny and Phil’s wedding in Sheffield and I have to say it was an amazing day; the weather and everything was just perfect! 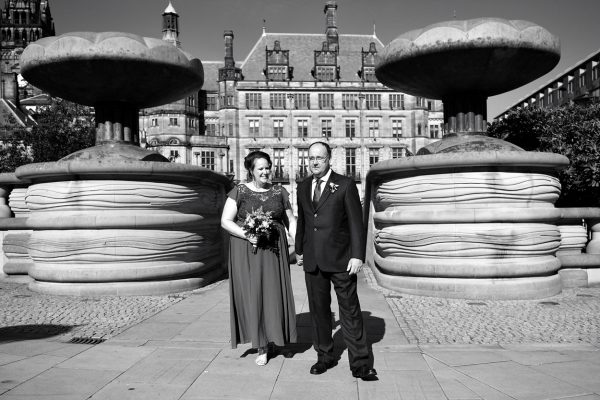 Necessity is often said to be the mother of invention. I guess in a normal year we’d have been travelling farther afield but that would have meant we’d not explored our own back-yard. That, I suspect, is something we might need to get better at doing going forward and to be fair that won’t necessarily be a bad thing! One venue I’d always meant to explore more was Long Tor Quarry, Matlock. It turns out its got some excellent routes – most of which are not push-overs. I totally lucked-out on one of my visits when I lowered down off a pitch, grabbed my compact and snapped (literally) what I think is a corking shot… 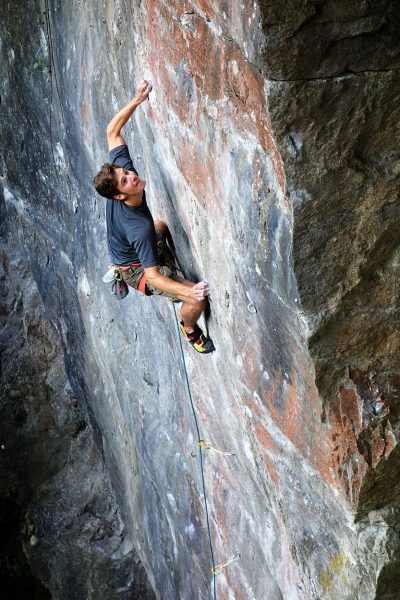 The Devil’s Gorge at Pantymyn in North Wales is both fickle and amazing; getting the best of connies is a fine art. Although relatively limited in extent, it has an excellent selection of routes and more are being added all the time. 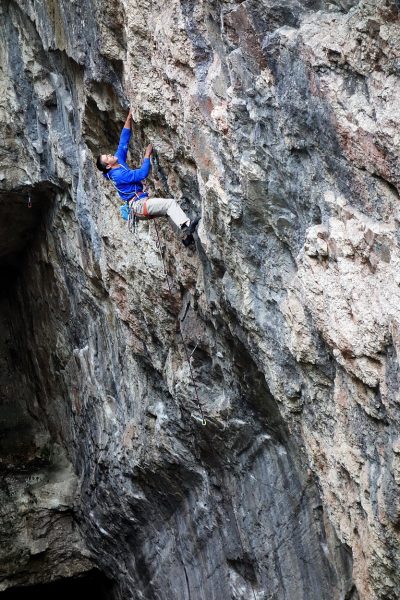 Described as “a brilliant euro-style stamina challenge” by first ascentionist, Ally Smith captured on It Takes Glue to Tango (F8a)

Graham Hoey, an avid gritstoner and an old mucker, has penned a new selected guide to the gritstone classics in the Peak. As odd as it may sound, some of the absolute classics in the area are actually in quarries such as Lawrencefield. There’s usually something dry even in the worst of weathers. 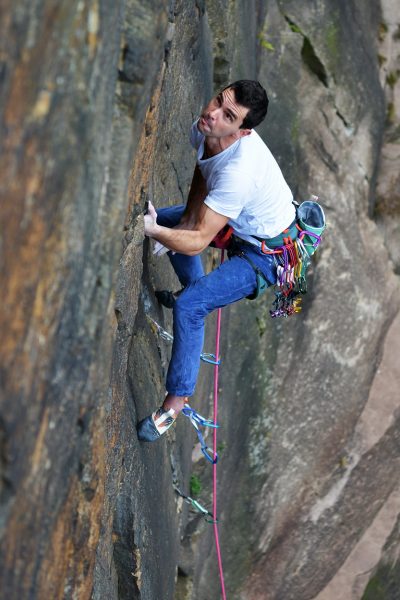 The gritstone edges in the Peak have an unbelievable quantity of bouldering on them; Baslow is no exception. In fact, it probably true to say that the bouldering is better than the routes. It passed under the spotlight a few years back and most of the classics have been done now. It’s usually pretty quiet so well worth checking out. 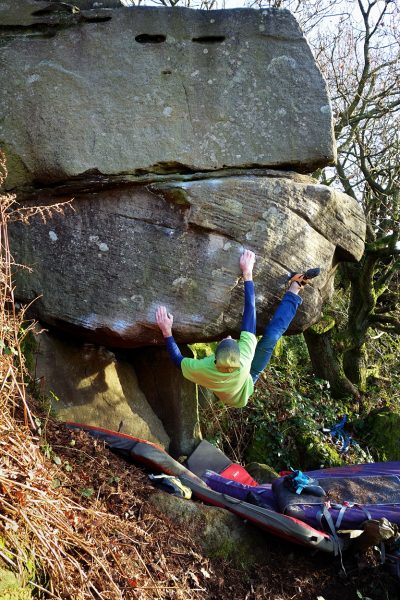 Just after Xmas the Peak – and Sheffield – got it’s first real taste of winter. The woods nearby to me are a frequent haunt and the colours have been incredible this autumn. My last shot of my 2020 collection is a little surreal I think; one small tree has held onto its golden brown leaves and stood out against the sombre black and white surroundings. It seems to me to a be a good place to end the year; a symbol of richness and tenacity – the latter is something which we’ve all needed in 2020 and I suspect will stand us in good stead for a while longer as we head into 2021! 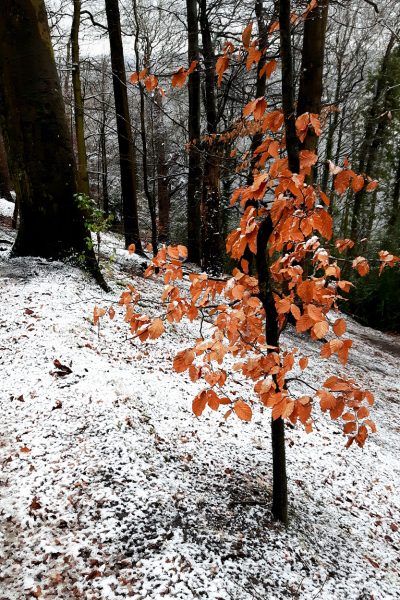