Over the years I’ve been incredibly lucky to witness and photograph some incredible climbers and ascents. During my visit to Hanshallaren in September 2018 I had the pleasure of meeting and photographing Edu Marin, Spanish rock-god and all-round great guy. 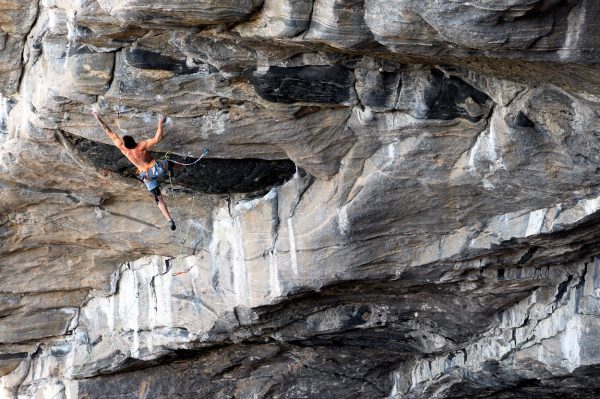 Edu Marin cruising through the roof section of Odin’s Eye whilst attempting the second ascent of Adam Ondra’s Valhalla, a 60m F9a/+ at Hanshallaren

Midway through his trip, whilst climbing in bad conditions, he slipped off sloping handholds at the start of the route and took a 4m ground-fall. The climbers around him, myself included, watched helpless, as Edu hit the boulder-strewn cave floor flat on his back; landing with an almighty bang the sickening noise echoed eerily around the cave. His back and ankle had taken the brunt of the fall but Edu was back on his feet within a minute or so then, despite the considerable pain, he slowly hobbled across the huge boulders in the bottom of the cave heading back to the campsite normally 30 minutes’ walk away.

His fall would have broken most climbers – quite literally! Edu however spent the next few days resting and stretching then started one-foot climbing on the bouldering wall in the barn. Within a week Edu was back on the route wearing an oversized climbing shoe then, amazingly, he redpointed the second ascent of Valhalla a couple of weeks later. 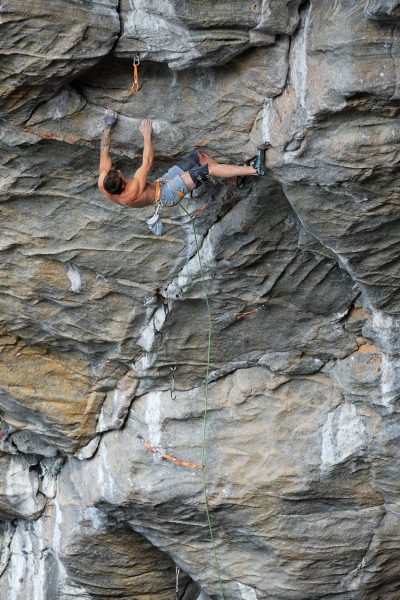 Edu, having completed Odin’s Eye, is pushing on into the second half of Valhalla (F9a/+)

His efforts at Flatanger was however an hors d’oeuvres for his real mission; a trip to Geta Arch, China, the world’s largest overhanging arch where his target was a 350m long, 14 pitch monster project.

I interviewed Edu for the latest issue (March/April) of Climber Magazine talking to him about the difficulties he has faced throughout his career and what drives him relentlessly forward and how he has developed into the phenomenal athlete he is today.

This entry was posted in Climbing, General, Interviews, Photography.