So, another year gone and another New Year rolls in. 2021 sure had its moments didn’t it; here’s a dozen images from across the year that sums it up for me.

Early February we were hit in Sheffield with a dump of snow – twice in fact. Brincliffe Woods, the proverbial stone’s throw away for me, is always a pleasure to walk through once the snow has settled, especially if the sun is shining. 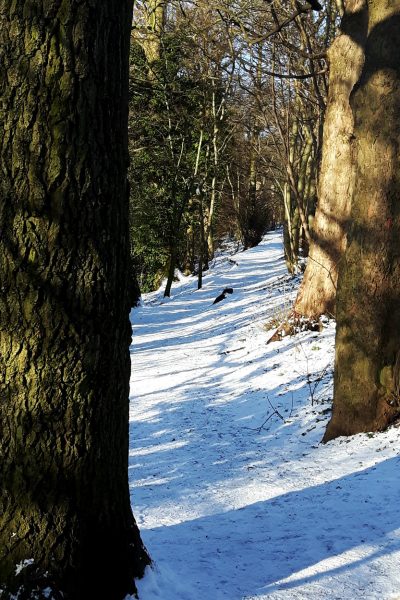 Grit bouldering is, of course, the winter go-to but once temps start rising a bit the lime comes into play. Last year the Mag Lime – ie, Magnesium Limestone – out east from the M1 held our attention. For many, Anston Stone perhaps the most popular spot but there’s plenty to choose from for those in the know, including Hollin Hill. I’m not going to try to persuade you it’s pretty but it sure climbs well; steep moves between generally quite crimpy holds. Quite high too!

By late April the limestone dales were drying out and Steve McClure called saying he was off down Dovedale for a crack at The Final Round (E8+/F8a+). My camera bag was packed in a flash and almost as quick Steve had an ascent of the Tom Randall trad testpiece ticked off his to-do list. 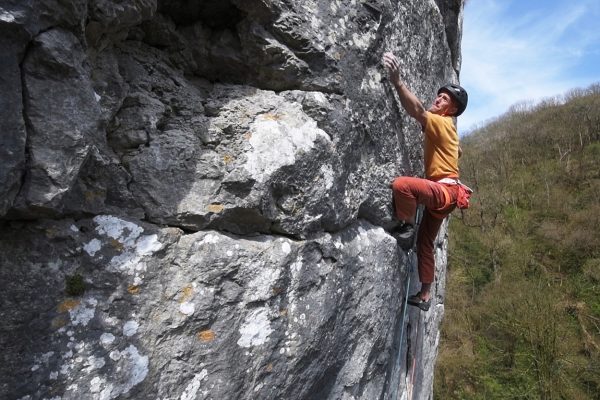 @ste_mcclure on the fourth ascent of The Final Round

Unusually for me, I stayed with the bouldering well into the late spring; a two-day visit down to North Wales was split between Ogwen Valley and Llanberis Pass. It was a tad warm for bouldering really but it was great to get away and knock out some great blocs. 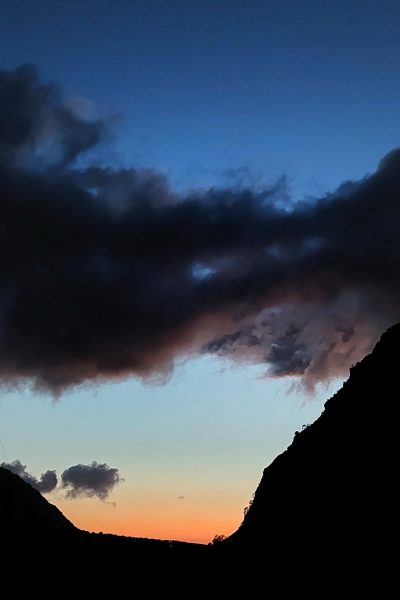 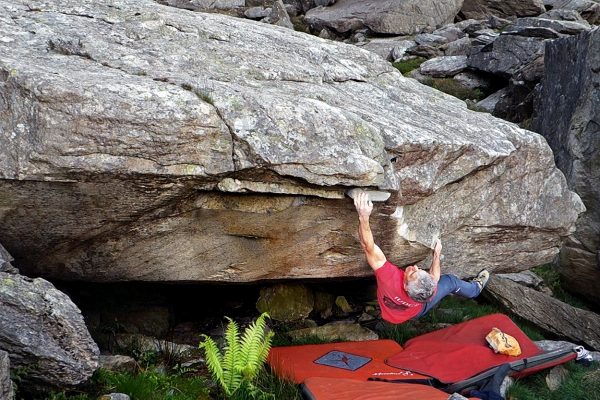 Yours truly on Ping (Font 7A) in Ogwen

July saw a welcome return to the Cliffhanger festival in Sheffield; more specifically, the British Bouldering Championships. Having been cancelled during 2020, it was great to see everyone back at Devonshire Green for the two-day event. 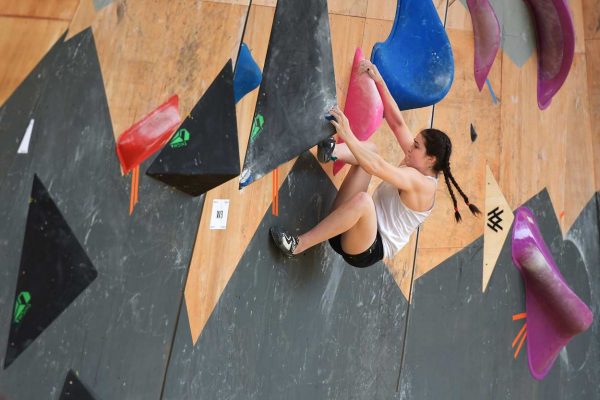 One of the saving graces of the Mag Lime is that you often get decent connies throughout the summer. One such day I accompanied Jonathan Procter to Frodo, one of the quieter buttress at Anston he threw a fair few laps one some of the harder blocs. 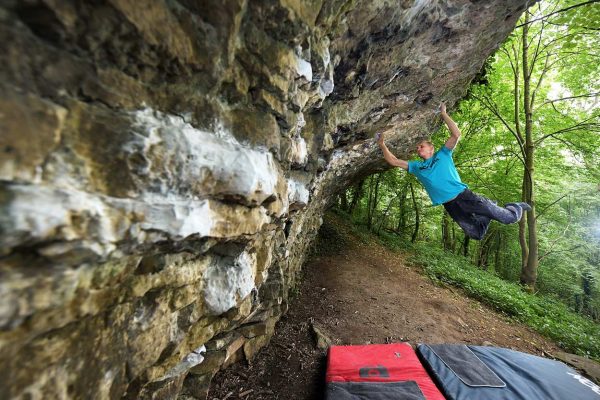 @procterjonathan cranking out Nazgul Left-hand (Font 7B) at Frodo

Late summer is usually the best time for Peak Limestone, especially Chee Dale Cornice which was pretty dry and hence seeing a lot of action on both popular and less well-travelled lines. Easy Rider (F8a), one of the relatively recent additions by Zippy (Mark Pretty), was getting some attention – not least because Easy Rider’s rightward traverse out of The Jug Jockey opens up the wall to the right which is taken  by Ally Smith’s Bullheart (F8b/+). 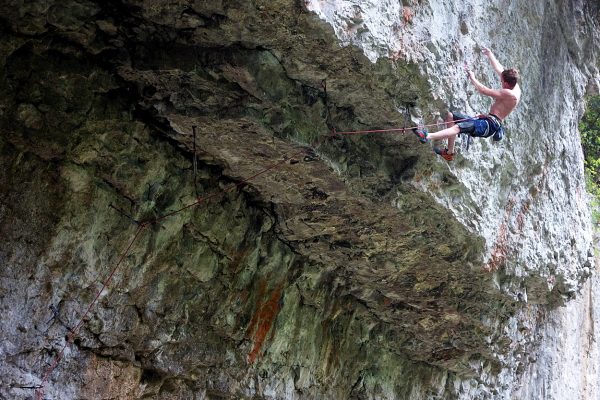 Typically October means Raven Tor and finally, Steve McClure’s Mutation was to see a repeat from on-form Will Bosi. Originally climbed in 1998, Mutation has defeated numerous attempts at a second ascent and only after some 40 days was Will finally successful! Not surprisingly, Steve’s original F9a grade is looking a little shy of the mark; Will suggested F9a+ but didn’t feel that F9b would be ridiculous. Here’s a shot from my photo archive of Steve on the infamous ‘cross-over’ move ‘back-in-the-day’. 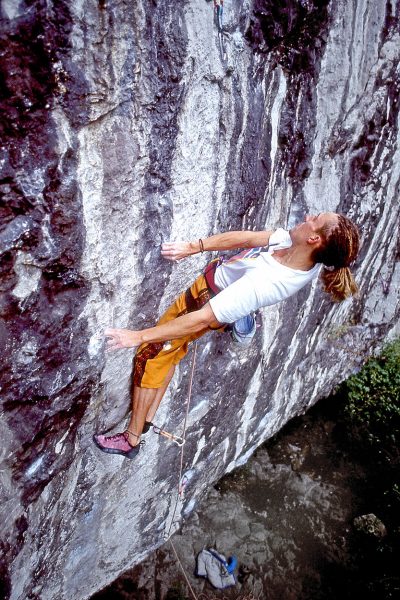 Chelsea Park, another of my local haunts, usually offers some great autumnal colours and 2021 was no exception. The dry conditions meant that the ground was covered with fantastic bed of lush dry leaves – impossible to resist! 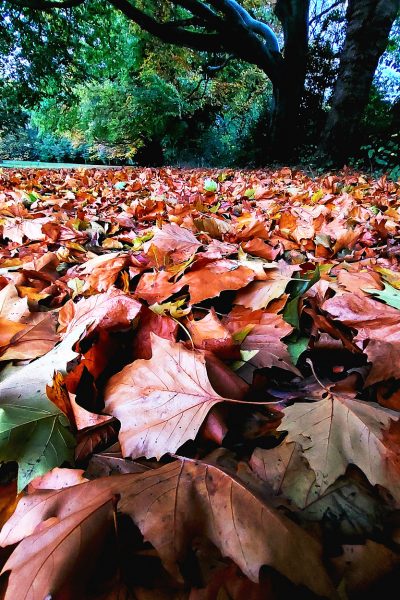 Chelsea Park in the autumn

Finally, I decided it was time to get back on the horse, as it were, and booked a trip to Kalymnos for much of November. I’d never been before and although I was seriously late to the party I had a cracking time both climbing and getting some ‘end-of-year’ shots which I’ll finish my 2021 round-up on. An amazing place; if you haven’t been, go! 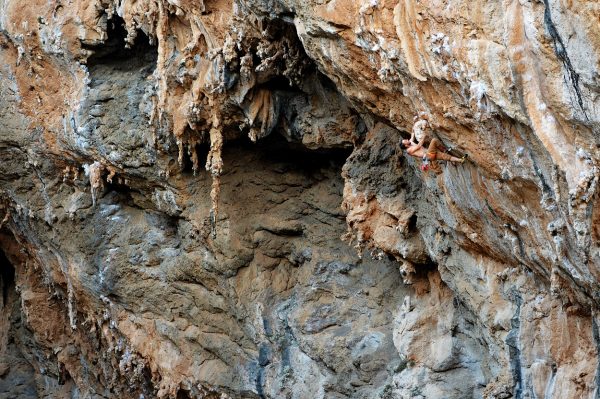 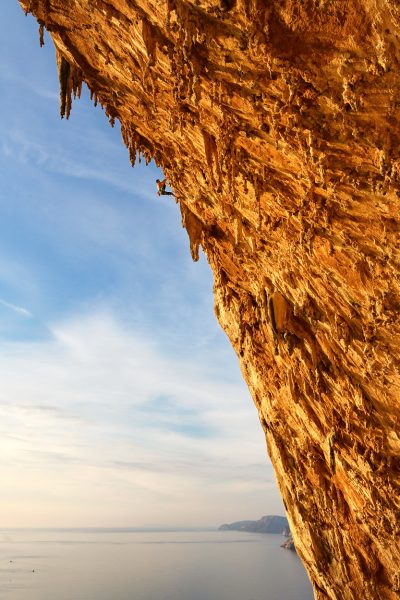