I’m still figuring the whistles and bells out on the D800 and I’ve even shot a few video clips with it as well. I’m finding that it’s a real knock-out for shooting in low light. That said, the sun was out yesterday I was in happy snappy mode grabbing a few totally random shots during the day.

First up was the school run which finished at the English Institute of Sport in theDonValley. The former brown-field site now hosts a whole raft of monster hangers in which are housed any number of facilities. Incidentally, the site was part of the steel village for whichSheffieldwas rightly famous. So why did the school run end at the EIofS? Simple, ‘sport’s day’, and what a place to have the school sport’s day in – inspirational.

Second up was a few shots of a rapeseed field; the bright yellow flowering member of the Brassicaceae Family. Yeph, it sure is bright and yellow – plus it represents the third largest source of vegetable oil in the world, apparently. Makes a half decent pix too especially when set against a convenient line of trees and a blue sky.

Finally, the limestone dales of the Peak are in bloom at the moment, feed by the streams which run through them. You have to be careful though getting into position to capture them; bend down too much and you’ll sure find the stinging nettles! 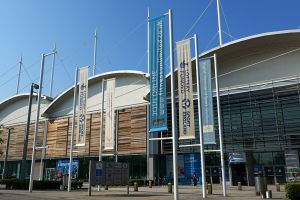 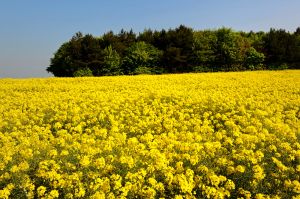 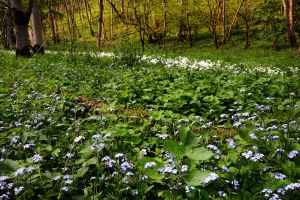 This entry was posted in General.