July 11th: Its another cliffhanger…

Cliffhanger, and hence the BBC’s (a.k.a. the British Bouldering Championships), rolled into Sheffield last weekend bringing with it some of the strongest boulderers in the UK. In complete contrast to last year’s event which was (literally) a washout, this year’s Cliffhanger event was a total roaster. Bloc-misters, setters, officials, photogs/film-makers and spectators alike gasped for air, as well as holds, beneath the giant marquee adding an additional (and un-usual) twist to the fierce competition. 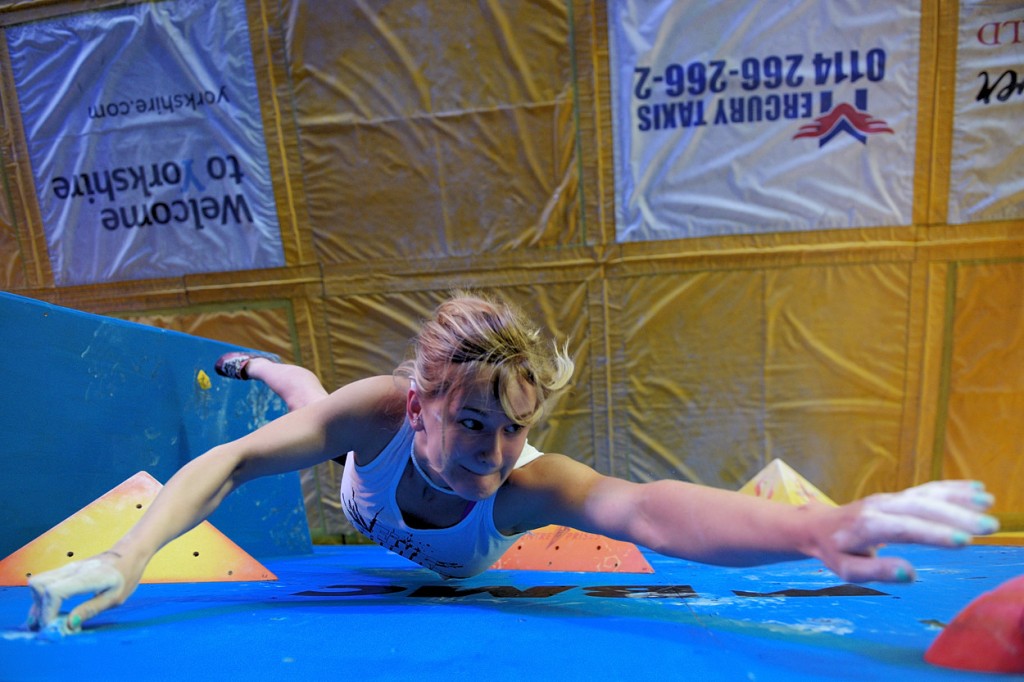 Shauna Coxsey shooting for yet another top-out in the final

The two-day event kicked-off with the qualification round on the Saturday. The competition, like the ambient conditions was red-hot, and the 80-odd competitors were halved ahead of the semi final round. Sunday, a.k.a. the business day, saw the setters produce some particularly tricky blocs to cut the competitors back to six for the final round. As the results show, the men’s semi was especially savage and very few competitors topped-out the problems; Stewart Watson alone claiming 2 ‘tops’. Hard on the heels of Watson came two young guns, Dominic Burns and James Garden whilst defending champ, Dave Barrans just survived the cut to qualify for the finals in sixth spot. It looked like a major upset was about to happen. In contrast, the women’s semi-final comp produced a more even spread of results although it was defending champ, Shauna Coxsey, that topped-out on all four problems. The mighty Alex Puccio finished second with Mina Leslie-Wujastyk and Leah Crane coming in third and fourth respectively. 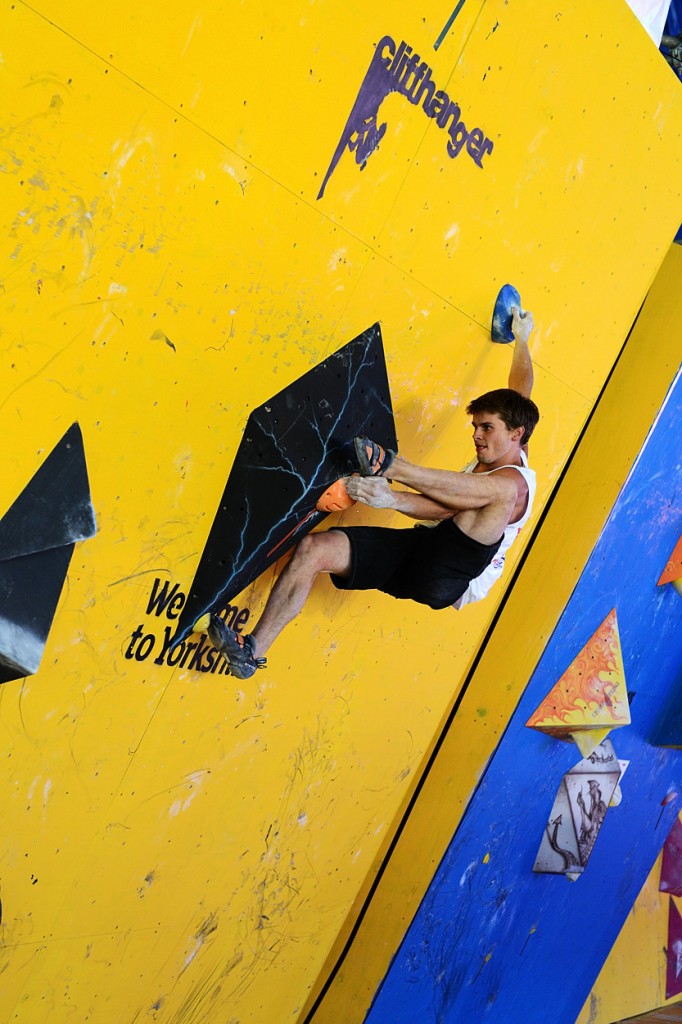 By the time the final and deciding round kicked-off many in the audience smelt drama in the air – if not in Graves Park itself then certainly down in SW19! Climbing two at a time, the combined men and women’s final was a heart-stopping affair all round. The setting team, as usual contained Percy Bishton and Ian Vickers, dished-up a fiendish mix of delicate and balancy problems as well as some funky and powerful blocs using loads of volumes with a few skanky holds thrown in for good measure. Problem #1 of the women’s circuit tackled a slightly off vertical panel (of all things) and as predicted the super-sloping holds caused major problems and frustrations for some. Problem #2 of the men’s circuit looked equally funky – a side-ways dyno off a poor collection of non-holds! No self-respecting comp these days is complete without a boat load of blobs and volumes and right on queue, blobs aplenty featured on the later blocs. Flexibility, as well as strength was tested to the max on these problems; the setters wringing out the full deployment of tricks and then some from the finalists.

Ultimately, the 2012 champions, Shana Coxsey and Dave Barrans, retained their top-gun status. Dave Barran’s truly pulled the rabbit out of the hat to leap-frog ahead of the entire field finish in top slot. Like Dave, James Garden, Ben West and Jon Partridge all topped-out on two problems apiece – the only deciding factor came from the number of attempts they had taken. Like the women’s semis, Shauna dominated the final round pulling all four tops in just four decisive attempts. Shauna’s bid for bloc dominance both in the domestic and international arena moves inextricable closer it seems! Mina pipped Alex to second place whilst Leah had to contend with fourth place and hence finished sans silver. Andy Murray meanwhile had done the business down in London all of which seemed to rekindle something of the sporting glow that started back in 2012 at the Oly Games. Notwithstanding the obvious ability of all the final competitors, the real delight was the strength in depth – as football commentators would say – in the rest of the field plus the strong results from the young-guns! It all bodes well for the future.Here’s a gallery of shots from the final along with the final places: 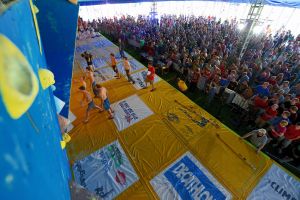 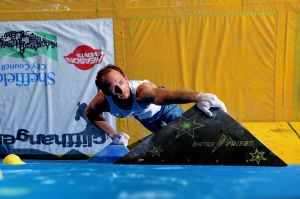 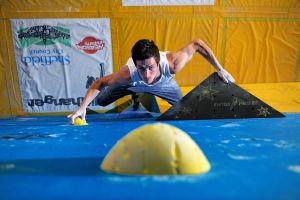 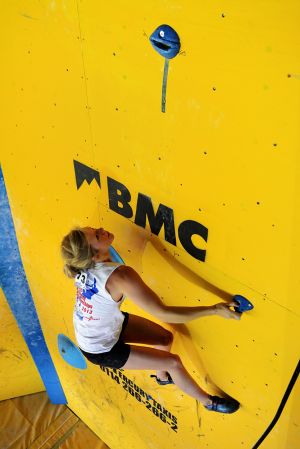 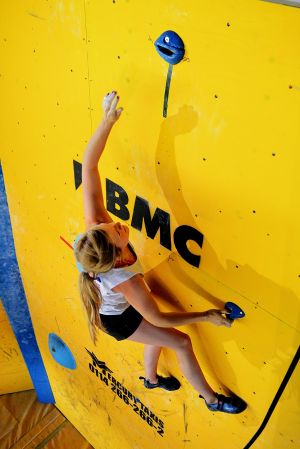 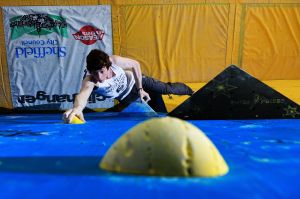 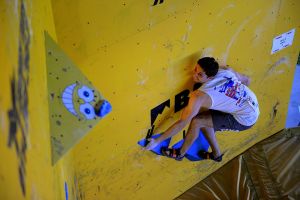 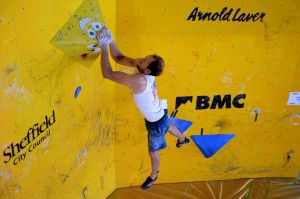 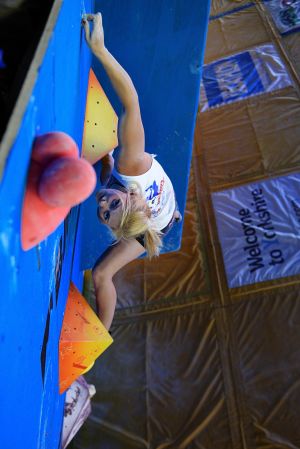 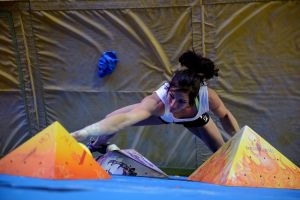 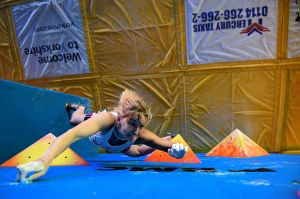 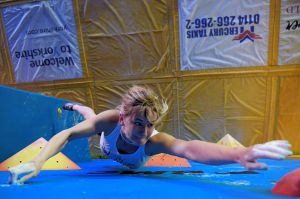 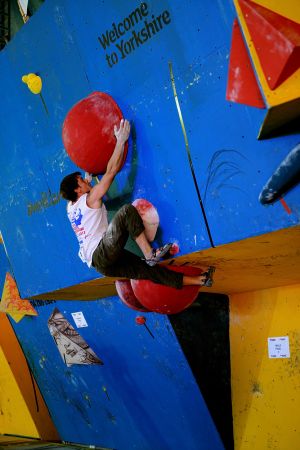 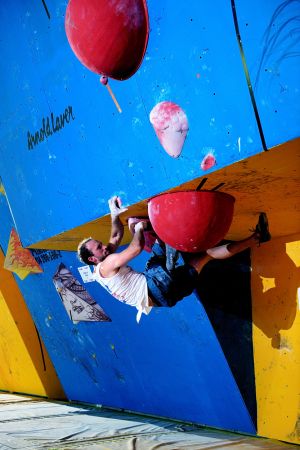 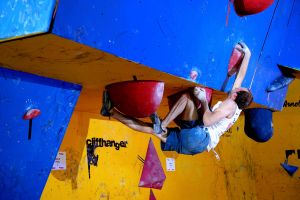 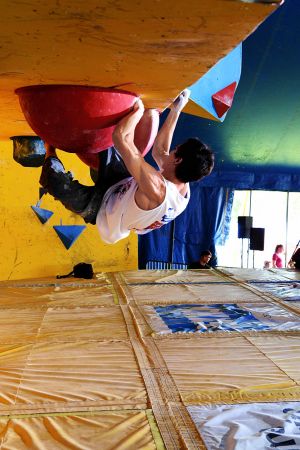 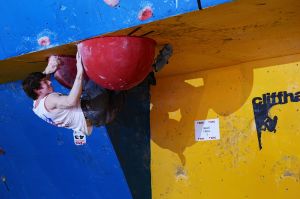 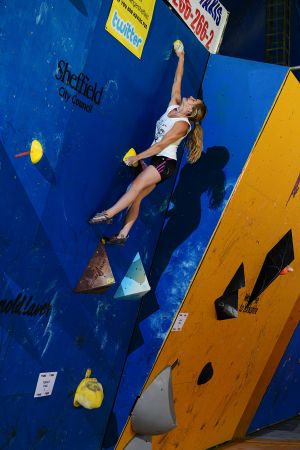 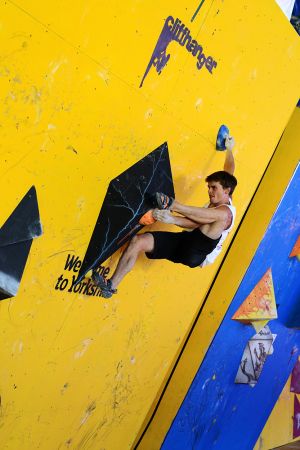 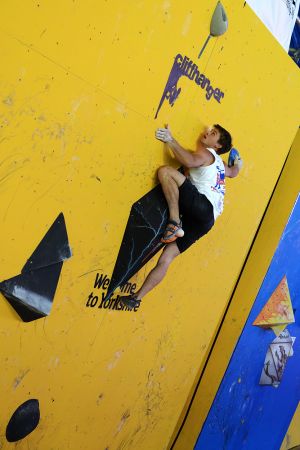 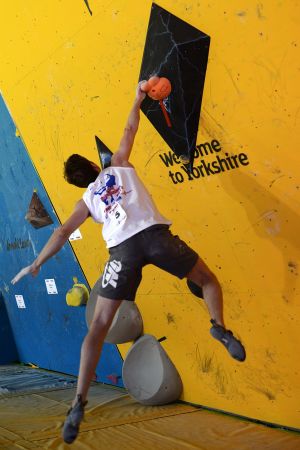 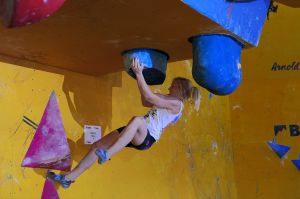 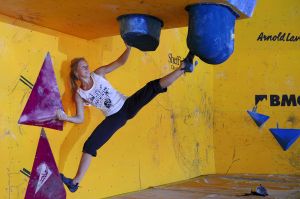 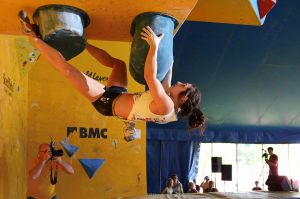 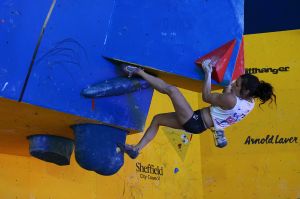 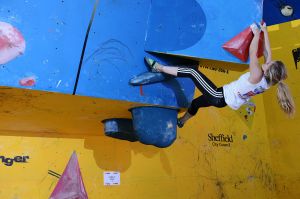 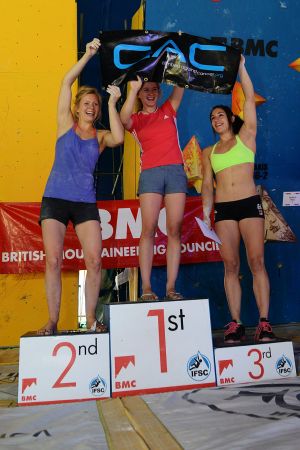 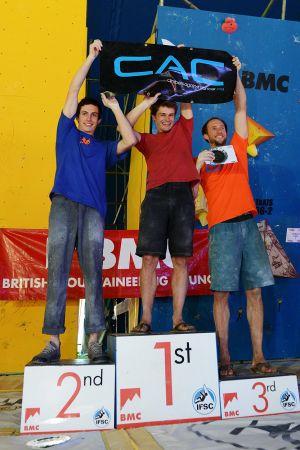 This entry was posted in Events, General.